In the morning of August 8th, the 17th Yantai International Martial arts Festival, which is sponsored by The General Administration of Sport of China and undertaken by Yantai City Sports Bureau, Yantai City Martial arts Association, was held in kunyu Mountain Martial arts academy. 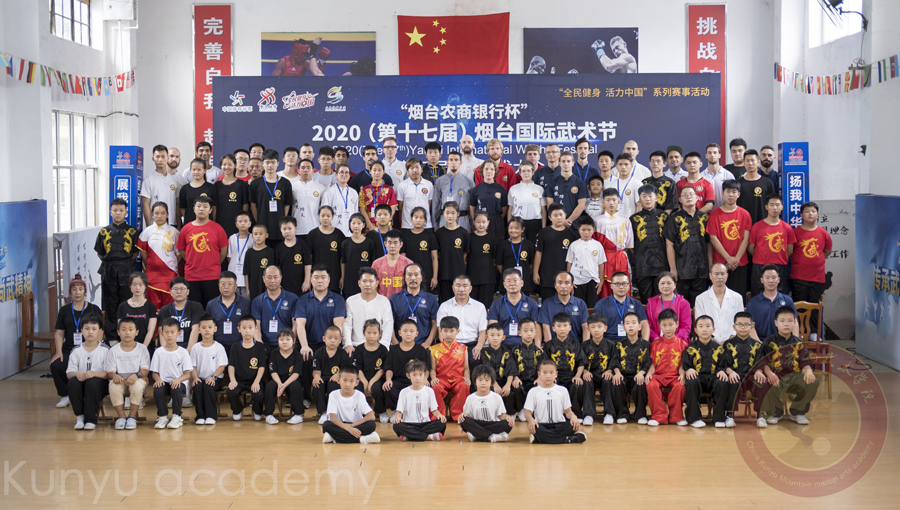 Part of the school staff ,Contestants and  judges. 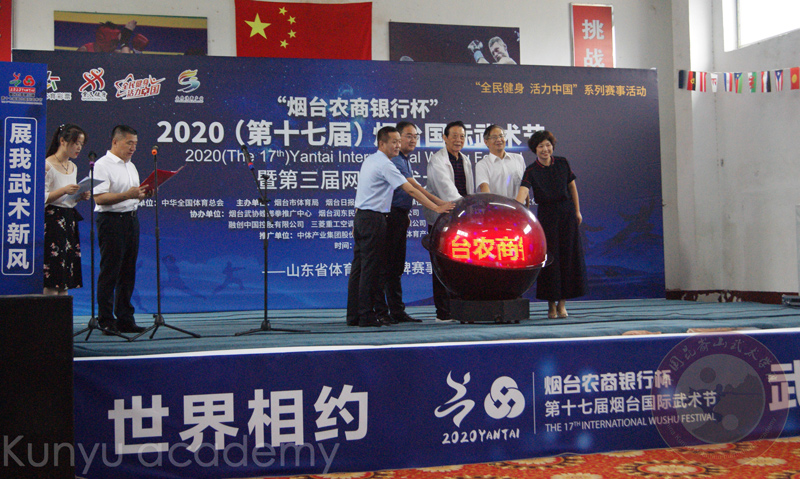 The opening ceremony was starting. 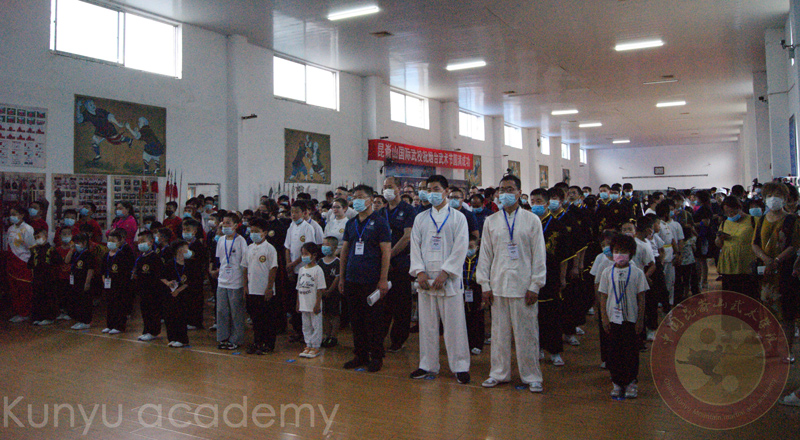 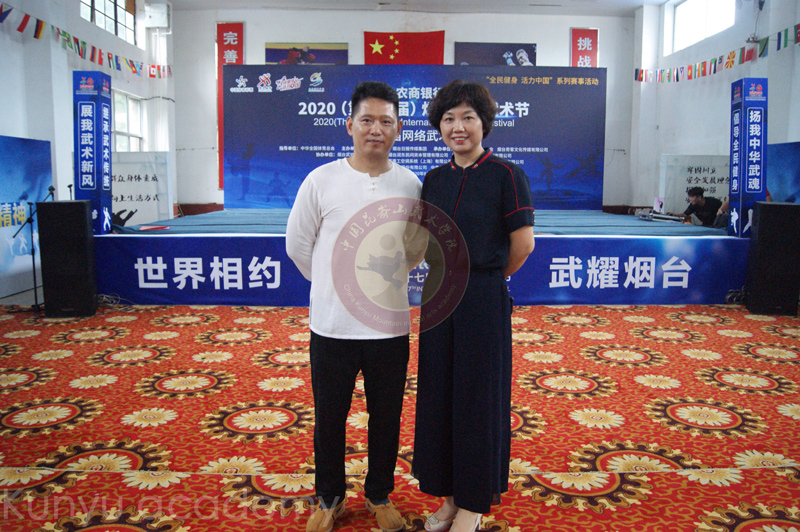 Headmaster (on the left)and the head of Sports Government (On the right)at Yantai. 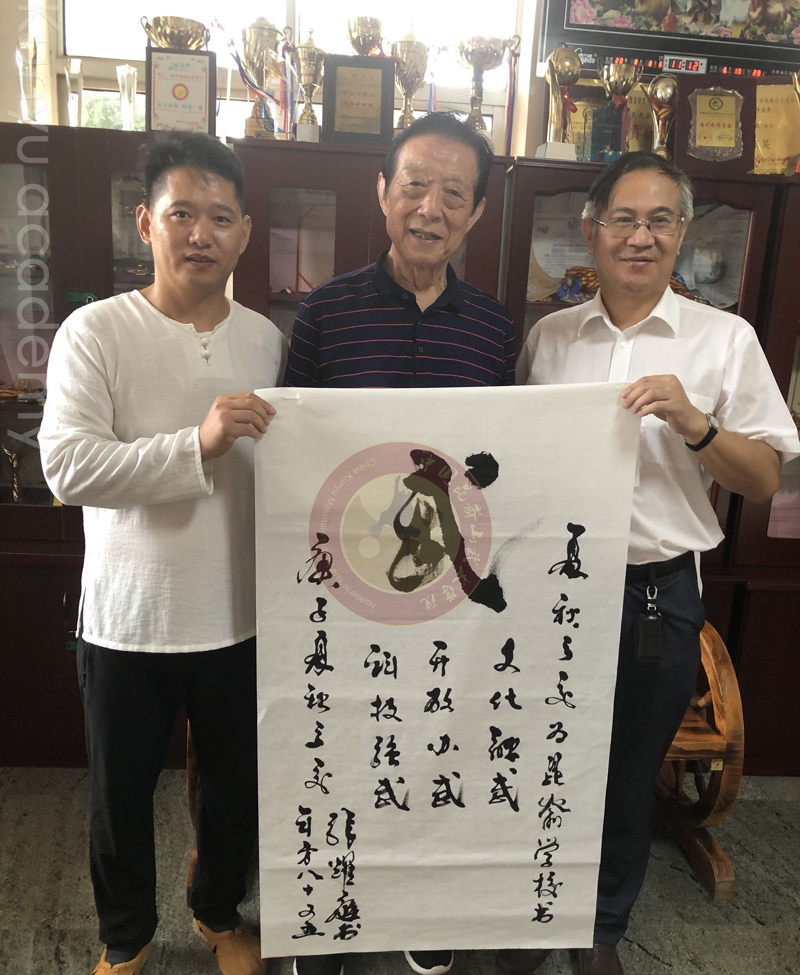 China Former chairman of Martial arts  Association ,Mr.Zhang YaoTing (In the middle),who offered the inscription for the Kung Fu festival.