● In January 8th 2020,Chinese Martial arts was finally listed as the official event of the Olympic Games by international Olympic Committee meeting held in Lausanne, Switzerland.

● This Year,Coastal city Yantai we located is awarded ranking 1st for the most suitable mankind residences in China regarding on her culture based as well as the environment ,climate and air condition.

●On Dec 24th,We celebrated Chrismas together click here to take a look.

● On Dec 20th,Christmas is around the corner. Happy Christmas and New year to all.Kunyu mountain academy is also about to welcome the 17th year of development. We believe that everyone had experienced ups and downs in 2019,as long as you stick to a positive and upward mentality to react and grow, the sun will wave to you. Besides,this year,we have made further improvements in teaching and facilities, including replacing all heating equipment, doors and so forth, and we will continue to make efforts.

Best wishes to all again and All the best.  click here to take a look.

● We invested 38,000 USD to have replaced the whole heating system for winter with larger &higher efficiency including standard rooms building as well as the new building's,and all gates of school in order to offer best Kungfu living environment for students.See more on Facebook

● On Feb 5,2019,it is Chinese biggest holiday,spring festival,and we celebrated this great day together.we've officially entered the Year of The Pig.Best wishes for all.See this link for celebration.

● We are updating the International Excellent Students List from latest year 2014-2018,and their average learning length is about One Year and Half.(Their longest study length is five years course)The list include their Name,Nationality as well as emails respectively.See this link for details.

● On Dec 23:Dear All,we wish you a merry Christmas and a happy new year 2019 sincerely! We'll celebrate as usual together.Welcome the bright new year with love filled.Click here to see the celebration and party .

●  On October 26th to 28th, the 43 students of us completed  8th Traditional Kung fu competition held in TsingDao in competing 56 items in Shaolin,Wingchun,Taichi,Chinese kickboxing,forms,weapons,etc,we achieved 15 gold medal,20 silver and 21 copper ones.

● In September 2018,we completed the International Traditional Tai Chi Competition in Weihai city. .

● In order to offer best environment and living condition for our students ,we have finished the redecoration of academy,such as re-pave the land and the road of front Gate ,enlarged Environmental protection solar energy system,purchase new training Weapons and Sandbags,installed new lamps and replace old sockets,etc.Click here to see more.    .

● In May 2018,it's the 4th time for American school(branch in China) to return to explore traditional Gongfu and Chinese culture.       .

●Seasons Greetings and A very Happy New Year of 2018!How time flies! Hope everyone has achieved their goals of 2017 and have a new bright future in 2018 .Merry Christmas & Happy New Year to all friends!Wishing you and your family happiness &health throughout the New Year.See more here.

● From June 9 to 11,2017.Our 49 students competed in the International Martial arts Championship Competition in NanJing City of JiangSu province.We achieved 59 golden prize,25 silver prize,14 bronze prize.
● In May 2017,it was the 3rd time for Shanghai American school (include three teachers and 17 students) to  experience traditional kungfu and its spirits here.

● In March ,French student Yann studied kung fu for One YEAR and Half till 2017 March here and became a normal disciple of Master Guo of kunyu mountain academy.Click here to see the School disciple Ceremony Program. 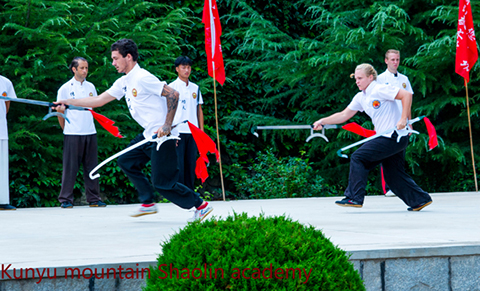 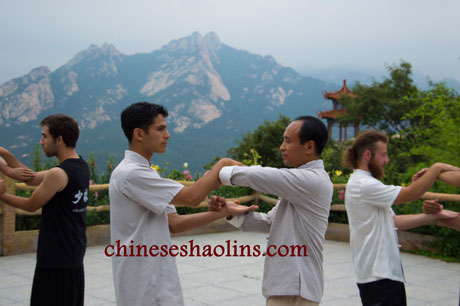 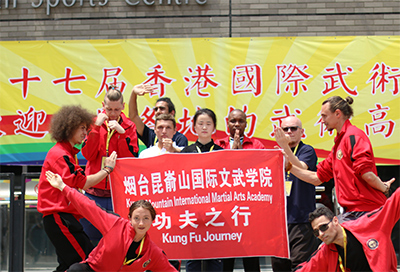 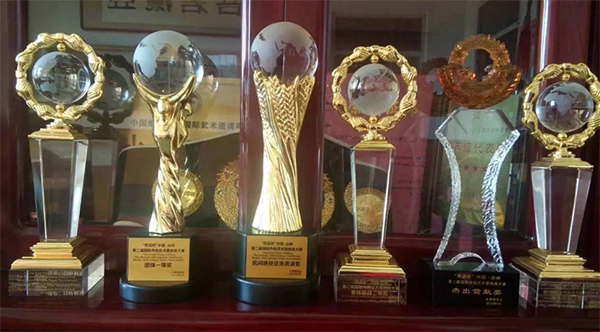 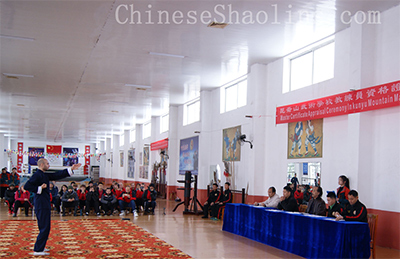 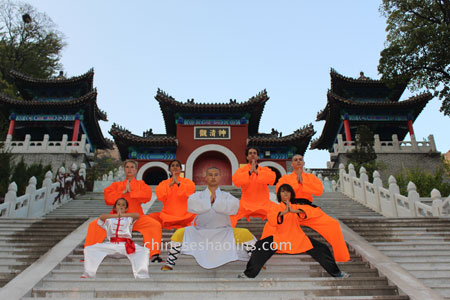 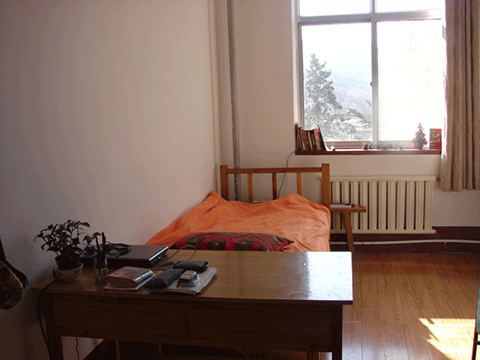 Rooms and Meals at our academy