The traditional Chinese kung fu claw fist which is called Shaolin Ying Zhua Chuan in Chinese is among the oldest and complex of the Northern animal style martial arts. Today, a large number of shaolin students have a high interest on learning these animal styles.There are some imitation boxing animal styles in shaolin martial arts,eagle claw fist is one of them,that is a kind of fist that develops from the form,spirit and attack ways from the animal Eagle.It is also a classical imitation fist in Chinese martial arts. 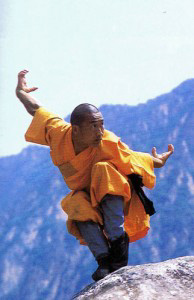 It focus on imitating the way the eagle grabs and clasps,the way the eagle swings with its wings in the sky.It is a particular sort of Chuan that was created fromt he eagles’s behaviour and the peculiarities it hunts,while combined with the techniques in shaolin martial arts (Chinese wushu) Its main peculiarities are its abundant way of clawing,grab,clasp,pinch and grapple,turning over,movement quickly,movement imitating the eagle,possessing both the spirit and appearance. It needs your hands to punch out and claw back,hut the tendon and the bone,dot the pont and hold the breath,turn your body over agile,spirit looks like the eagle.The whole routine is of strength and very powerful,it is dense and quick.It commands stable and resouce while keeping clam like the eagle.Get ready to catch rabbit,that will show your intelligence,determination,valor and beauty while combined with imitation movements like “ Eagle swings with its wings”,”Eagle prays on the food”,this form is original with its quick and valor.It mainly attack others ‘ gorge,joint and other main part of body. 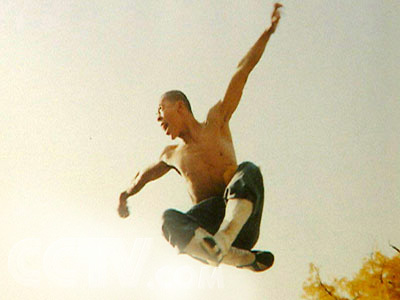 Plus the long strikes and the kicks that are typical with the Northern martial arts systems, the shaolin Zhua Chuan animal style has been distinguished by the gripping techniques plus the a system of joint locks and takedowns, pressure point strikes are able to represent among the oldest Chinese grappling forms that is known as the Chin Na. What is consistent with the Shaolin Eagle Training will be the knowledge on the style of 3 core sets.

Xin Quan is the first set and it is the Walking Fist. These set of technique owns 10-12 rows that are the founding elements representatives of the style which may include the Shaolin Quan and Yuen San Shou plus the Fanzi Quan. Lian Quan fist on the other hand is the Linking Fist. It’s a crucial set which not only provide the exponent with the encyclopedic base for a number of seizing, grappling plus the joint locks but also includes a set that is able to incorporate a number of Qi Gong skills at the same time.

The other is the Yue Shi San Shou also known as the 108 Locking Hand. The skill is called the Heart of the famous Eagle Claw System which is believed to have been passes by the China’s Song Dynasty Yue Fei Legend.