Wooden dummy  is an English translation from Wing Chun Mu Ren Zhuang. Wing Chun Mu ren Zhuang is performed upon a wooden dummy which is a thick wooden post that has three arms and a leg on the springy frame that represents a stationary human opponent. Although the dummy is a representative of human opponent, it’s not particularly a human but an energetic human. 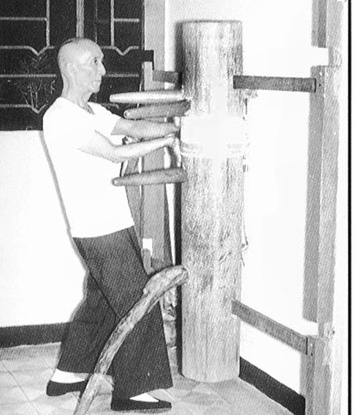 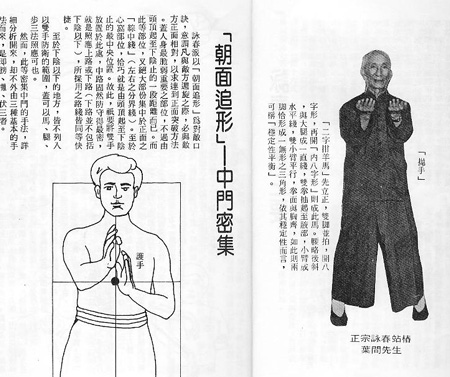 Each section of dummy is then explained in detail and its consequent application. Then the link between the three forms are defined including the movement of  the Mu ren zhuang  or rather Mok Yahn Johng which should be founded with the Saam Tou Kuen defining the three forms of Wing Chun training which are achieved by use of correct energy and timing plus a superb sticking force. 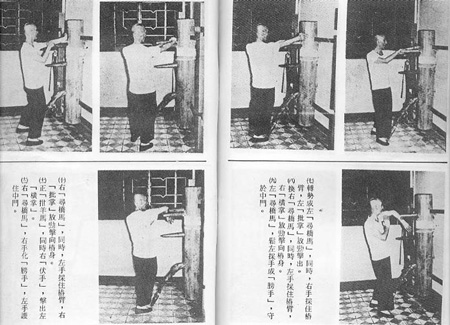 A crucial apparatus when learning the wooden dummy is the attention on the details and be able to produce quality results each day. Hence, while learning each of the movement, its important to have complete analysis and understanding on what the student is doing even if it means for a single movement, then it will be of any benefit of using Wing Chun tools.  The wooden dummy also aims at refining the student’s knowledge of angles, that of positions, that of footwork and development of the body power.  When studying Mu ren Zhuang, a student should be heavily supervised in order for a high standard is maintained and achieved before moving to a new or next section.