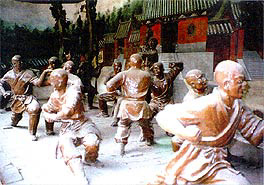 Shaolin Da Hong Quan (also know as Shaolin Big Hong Chuan in English) is a representative form in Shaolin  and is one of the most important parts of Shaolin training.It knocks down any opponent unexpected tricky moves,and is therefore regarded as distillation in Chinese Shaolin martial arts. 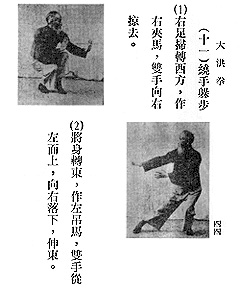 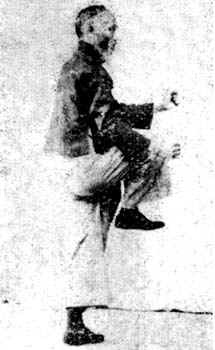 DaHong shaolin fist  is famous in distinct attacking and defending,which is very useful one in Chinese shaolin kungfu.Dahong forms is required lessons for any beginners in shaolin temple.This set includes forty four kinds of techniques such as Form Plough arms,White Cloud over the head (the form in Chinese name),Bow stance while first striking down forwardly,rush a fist up while stamping a foot three times and so on,and special martial arts which fights against the big with small and makes one wins techniques.