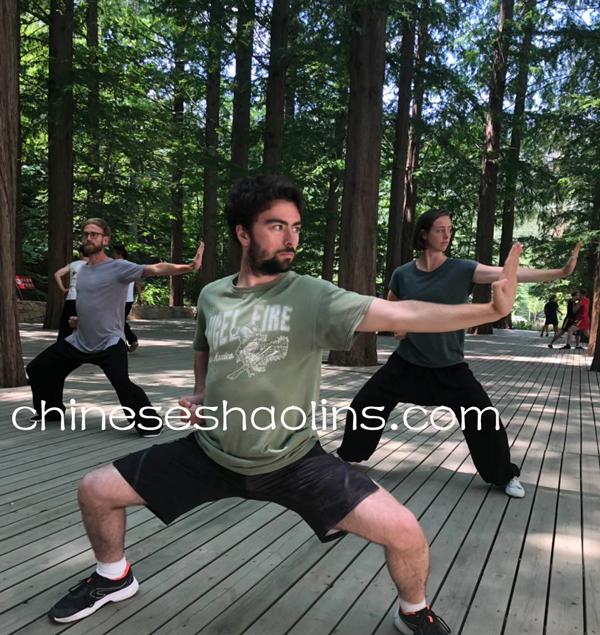 I have always been amazed by the Kungfu in China, and I wanted to learn from the source. My greatest gain would have to be self discipline. People who helped me: All of the masters and translators. For the kung fu training,it was definitely tough, but that was one of many things that made it fun. The other students are always trying to help push you to be better, the masters are great teachers and fun to be around. I got along great with all the translators.

Everything is beautiful. From the mountains, to the trees and flowers, the snow in winters, and even the people, it is amazing. Yantai city is a very fun place to eat and get away and relax as well.

Handwritten review based on the questionnare feeback: 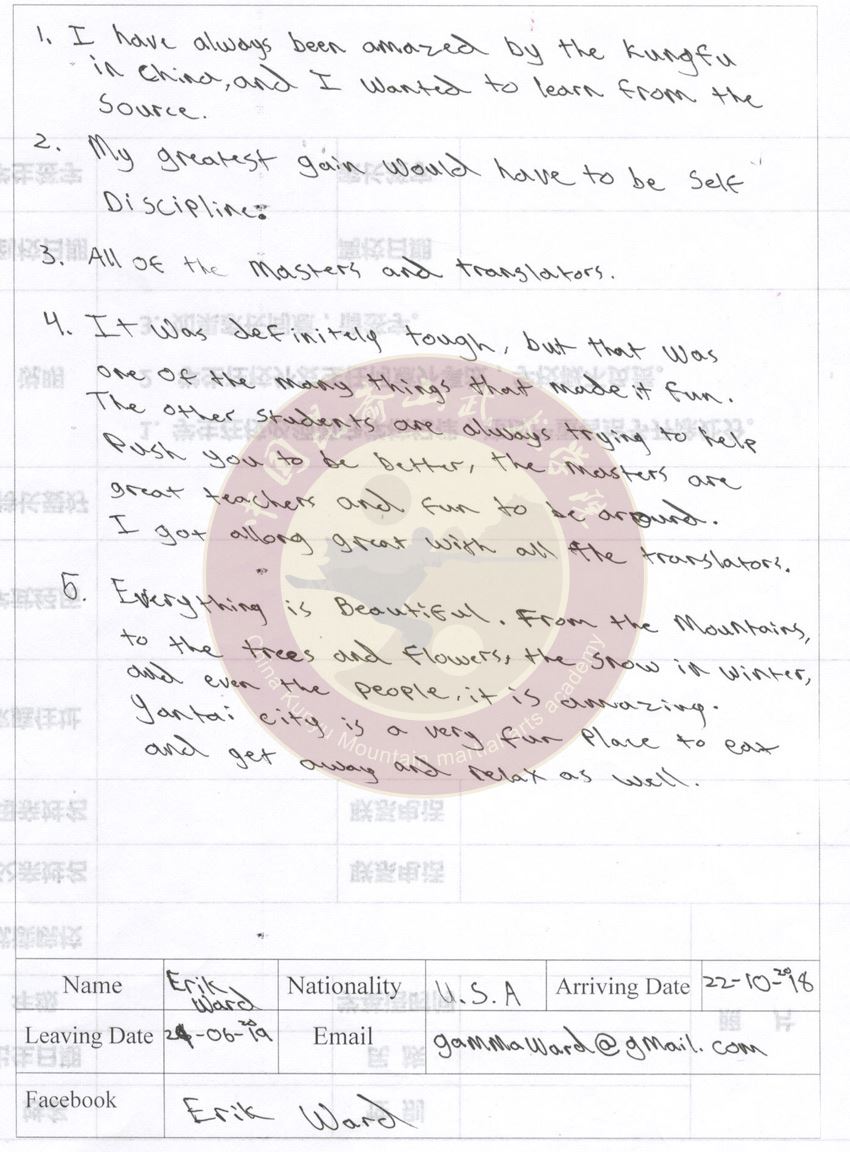 During the time of my travel I met some guys who have been in China to study Kungfu and they told me about there experience and I started to think about doing it as well. When I was a child I loved the kungfu movies and since then I always wanted to learn kungfu. I chose China to study Kungfu because China is the home of kungfu and I think it is the best place to study kungfu. 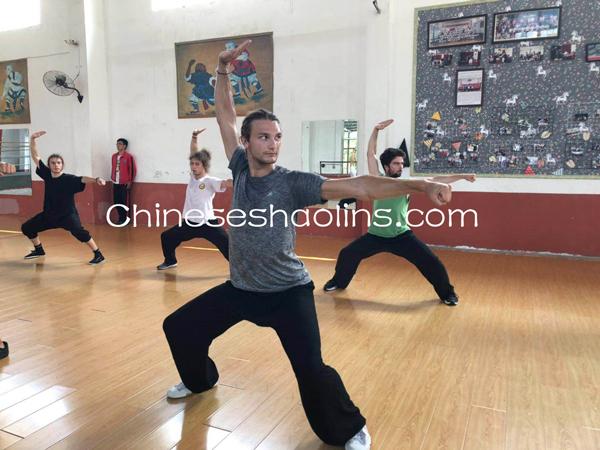 My greatest gain is the friendship to many people from all over the world. They became like a second family to me.   My friends helped me a lot during the time at the academy. They also helped me during the training and Coach was always helping as well. And if you asked Master something he was always helpful.The time at the academy passed realy fast. It was never boring. You start the week on Monday and think about the training during the week and then it is suddenly Friday. The training was intensive but also funny. And even though the translator are speaking not loud enough you could somehow understand what Master was saying. The surroundings of the school are really nice.

The mountains are beautiful and the air is compared to the rest of china really good. I never have been in Yantai but Muping was good enough for everything.I really enjoyed my time in the Kunyu Mountain Traditional Shaolin Martial Arts Academy.

Please find my answers to the questionaire in the following. Thank you for everything!  I had no previous experiences with martial arts and was eager to have a first glance of it in an authentic environment. I heard about this particular school through a friend of a friend who recommended the school warmly. I really liked to be exposed to many different styles of martial arts and to see what it is all about. During my stay I definitely got stronger physically as well as mentally thanks to the hard training I attended every day.

Master Sun and Coach Wen (Shaolin) have been great teachers and I take many lessons from them hone with me. Also the other students were extremely supportive during training and daily life and I made a lot of friends. 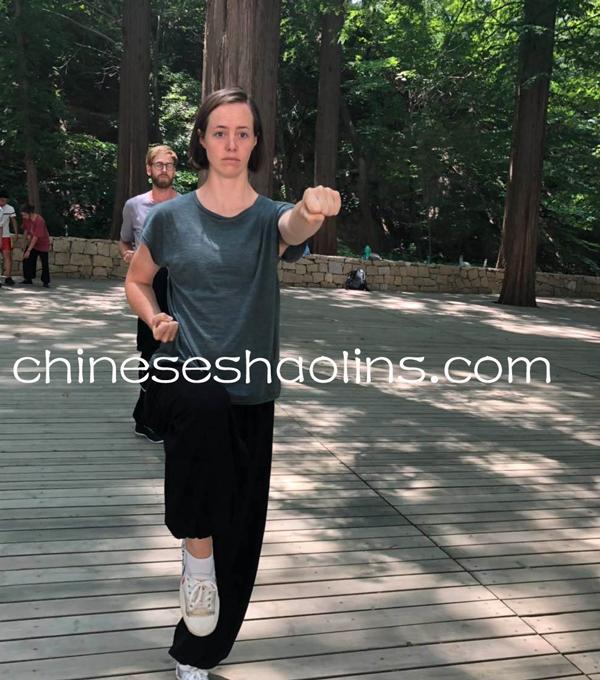 The translators were very helpful whenever I had any questions regarding training or daily life, without their help it what not have been possible to communicate across the different cultures and languages.  Every morning I went to the optional Tai Qi class at 6am, followed by the three Shaolin training sessions. For the first couple of weeks I also visited the optional QiGong class at 5pm, than switched to the Mandarin class and finally end this to have time for my personal guitar practices.

Daily life was easy and I felt always safe in this environment. With the translator helping whenever needed and a lot of other students that shared their experiences without hesistance it was fairly easy to get familiar with everything quickly.

The academy is situated in beautiful nature and I really enjoyed also training outside the campus. Muping and Yantai are nice cities and I enjoyed going there on some weekends.