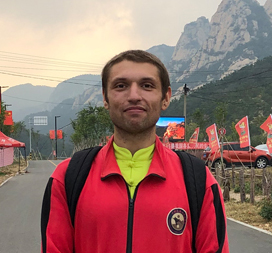 The landscape of the academy is awesome. When you wake up and from the school you can admire the mountains. We are mostly surrounded by nature with clean air to breathe! Yantai city is perfect for it: beaches, stores, everything you need!

Having a lake so close to the academy is a great asset to the immediate surroundings of the school. Kunyu mountains are beautiful and can be used for training or in your free time. Being “isolated” during the week, but only 30 min away for weekend trips is very convenient. Yantai is a very nice city with a lot of stuff to do and great food.

During my free time I read,write,chat,swim in the lake or going for walks on Kunyu Mountain. I really liked the surroundings of the academy – the lake luckily filled up with water ,and going to Muping town and Yantai city was fun. 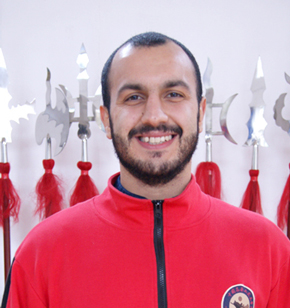 Kunyu academy is located in a perfect area surrounded the mountains. One thing I must mention as well is the amazing people you met here from all over the world. It is definitely one of the greatest assets. Coastal city,Yantai  is very beautiful.
See what Ramy said on our location

The natural environment of academy is really beautiful (mountains, forests, lakes ).I liked the surrounding of the school,it is very nice and Yantai city is very good.

The school is situated in a very beautiful, forest and mountain area.  The air is very clean, and it is a wonderful place to relax and focus on training.

Surroundings of the academy from Helene McGal

Yantai, the City we located

The following introductions can get you  a better understanding and appreciation of Yantai. Yantai has won the titles of National Civilized city and Chinese Best Leisure cities consecutively.The city appeals to people loved here ,only only its beautiful sea,the mountain,the good climate of four seasons,but also in people’s hearts.The province we located is Shandong

The beautiful and historic city of Enchanting Yantai

Yantai is the starting places in the Silk Road on the sea with profound history. In November 1983, the region became important city by Chinese government. Since then, it has worked its way into becoming a modernized economic center in Shandong Province,and was names International Vine and Wine city by OIV in 1987.In the early 1990 year,it was  “the Black Horse in Northern China" (to mean fast Economic development ) by foreign media.The city is coastal and tourist city with numerous places of interest,such as,Penglai Pavilion,the Wonderland on Earth,Kunyu mountain,a Well-known Taoism Mountains,and thousands miles of COASTLINE.

Many people say that Yantai changes every day,and becoming more modern and fascinating.A city full of love,a city hard to leave. Yantai, enchanced  by history and culture,will always be a "bright pearl" along the Bohai Sea and a place worthy to visit.

To the north of us, around 10 kilometers away from the school, there is a famous island called "Horse-raising Island". It is recorded in Chinese history that the first Chinese Emperor, Qin Shihuang, raised horses on this island. There is now a horse race held there every year.

"Penglai Ge"is a nationally popular place of interest. The legend of the Eight Celestial Beings has been passed down from generation to generation.

In Longkou of Yantai stands a spectacular Buddha Statue, just one of the palms can hold more than 40 people.There are many temples in Yantai. Zhulin, Longwang and Wuran Temple are the three most famous.

Yantai city is abundant in apples,which is very sweet and  nutritious and delicious,that is quite famous in China even in the world.The students can buy very easily from apple seller in the road very near the school.

Yantai city is abundant in big Cherry,very delicious fruit,that is famous in China.Students can buy fresh cherry from   sellers in the road near academy during the cherry season from April to June.